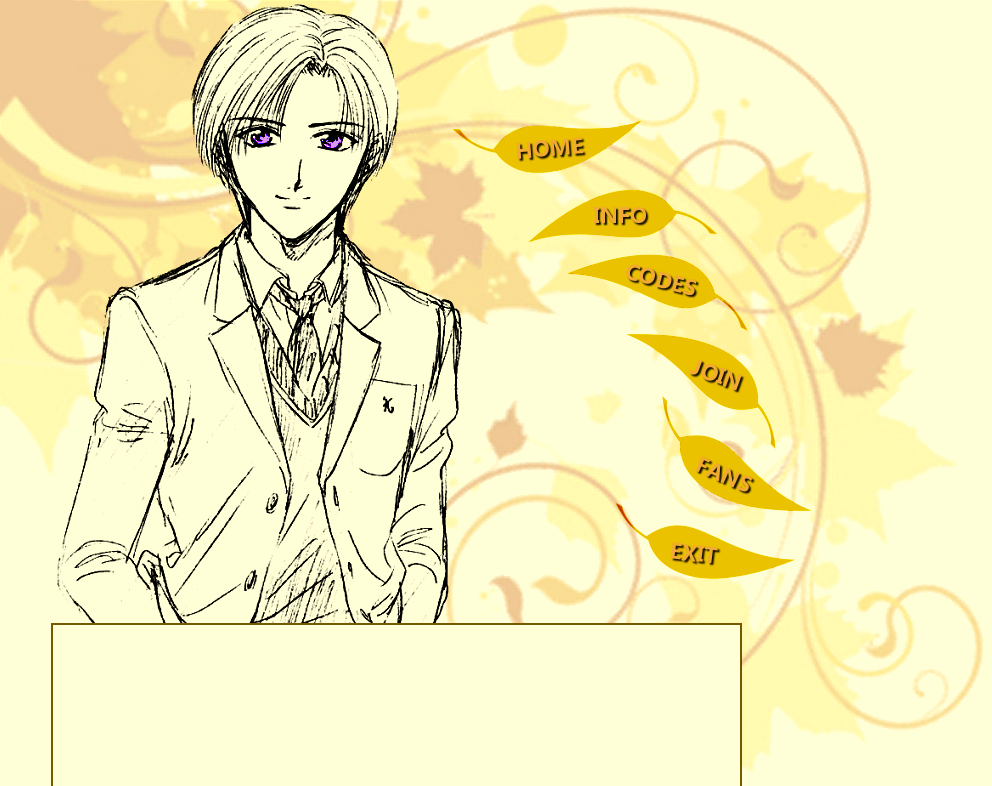 What is a fanlisting?
Sort of what it sounds like! A listing of fans from all around the world of a particular subject. Obviously being Aki, in this case~


Ayashi no Ceres
A manga (later turned into an anime) by Yuu Watase, Ayashi no Ceres is the story of Mikage Aya, and the Tennyo reborn into her body known as Ceres. On her and her twin brother Aki's 16th birthday, they're shown a mummified hand which awakens a spirit in each of them. In Aya, Ceres, a heavenly maiden who has been reborn into the body of many Mikage girls before. And killed each time. She wants to destroy the entire Mikage bloodline, a bloodline which she helped create. Within Aki lies the spirit of Ceres's lover, who Ceres claims to have raped her, and then stole the robe that allowed her to return to the heavens. Aya and Aki's lives are turned upside down from this day on, and they're forced apart. There is so much more to the story of Ayashi no Ceres, including glimpses into Ceres's past as we learn more about what exactly happened. As well as leaning about what the Mikage family is planning for the world. AnC is an amazing series, full of action, drama and in true Watase manner, shoujou love triangles.


Aki
Aki is your every day boy living in an every day world. He goes to school, studies, occasionally goes out to karaoke with his friends and sister. While he can be a bit of a joker, Aki's genuinely kind and caring, and is quite happy with the simple things in life. Upon finding out the circumstances of him and his twin sister Aya (as explained above), Aki chooses to work with the Mikage. He does this with the hope that he'll be able to somehow channel the memories of the spirit inside him, thus figuring out where Ceres's robe is hidden so she can return to the heavens and free Aya. All Aki wants is to return to his normal life, so he goes through with it, despite the mental strain it begins to take on him. He's been one of my favorite characters since I can remember, because he's such a kind boy, and cares so much about his family to go through what he went through for the hope that it'll all be okay again one day. He turns out to be a horribly tragic character, especially when he's finally overcome by Mikagi-- the spirit reincarnated into his body. Even then, he tries to urge Aya in any way that he can to keep fighting, to stay strong. He went through so much, but so long as Aya could be free in the end, nothing was in vain.


The Broken Chain
"Our family chain is broken and nothing seems the same, but as God calls us one by one, the chain will link again." I thought it was fitting, especially with how much family meant to both Aki and Aya.


Layout
The layout image is from the Ayashi no Ceres official artbook. It's always been one of my favorite images of Aki. ;o;